I few weeks back I bought myself a small sketchbook (A6 size) for the price of 80p. When it’s that cheap it goes without saying that the sketchbook itself isn’t very good. The paper is recycled, very thin and not white, but rather a greying colour that comes with recycled paper. It’s of the same brand as I use for my life drawings, which I use because I fill over half of the sketchbook at the time in the matter of three hours and can’t spend that much on sketchbooks for this one purpose. But I also needed a small sketchbook to take around with me that was even smaller than my regular sketchbooks that are A5, so I thought to try it and I LOVE IT!

It took some getting used to, but now I like it a lot despite the fact that I’ve already had to tape it together once because it keeps falling apart. It’s good for small sketches and now I’ve also found out that it’s not too bad for markers. Sure the colours bleed like crazy, but it gives a completely different effect than when I use markers on paper of higher quality. So I thought to show you some of my drawing from the past week.

This is the sketchbook. 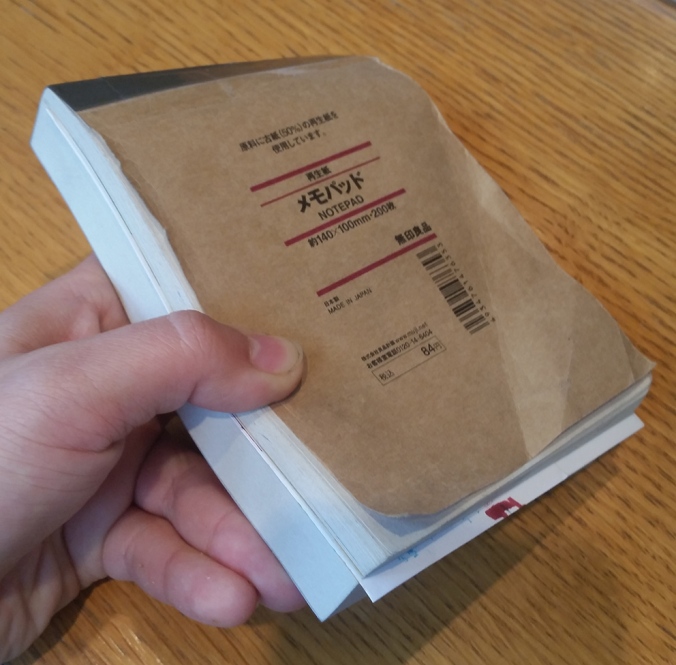 Here is the colour sketches made with my brush markers. Since the colours bleed so much there is no use in using the other markers with a finer and firmer tip for details. 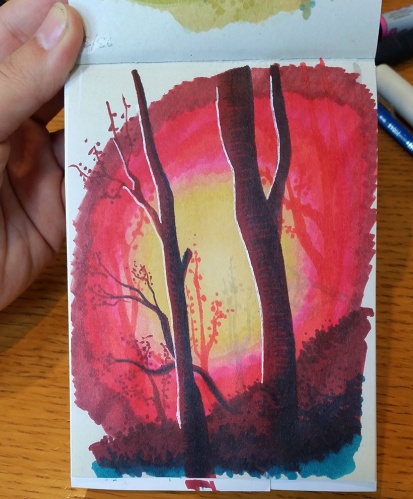 And here are some new sketches. I’ve started to focus a lot on facial expressions in human faces lately as that is something I need to get better at… because I keep avoiding it. So I’ve looked at people that I think has very expressive faces and clear facial features especially Film brain (Mathew Buck) that I have up until now mainly just listened to while working, but now also try watching more closely as he has a habit of really pushing his facial expression when he talks about film. 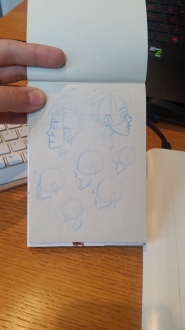 I have another sketchbook with more facial expressions that I’ll upload later, but until then. Have a good weekend!