After my graduation film Leave a print won the Best film for children category at Animafest Zagreb in June it has had a good festival run and has so far been accepted into over ten festivals all over the world. After coming home from Zagreb I was recommended to start putting together a website for it to promote it as well as make a facebook page for it. I’ve done both by now and plan to update them with some images from the festivals I attend, videos and news. It still feels very strange having to get used to really promote my film in this way and I find it awkward, but I’m slowly getting used to it.

Here are the links to the two sites: 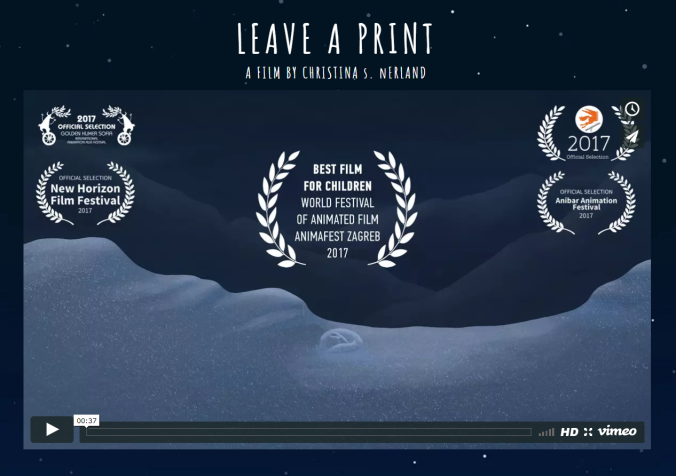